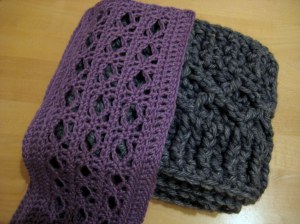 I mentioned in an earlier post about my grandparents upcoming diamond wedding celebrations.  Not being able to afford a gift of real diamonds, I’ve made diamond themed scarves instead! 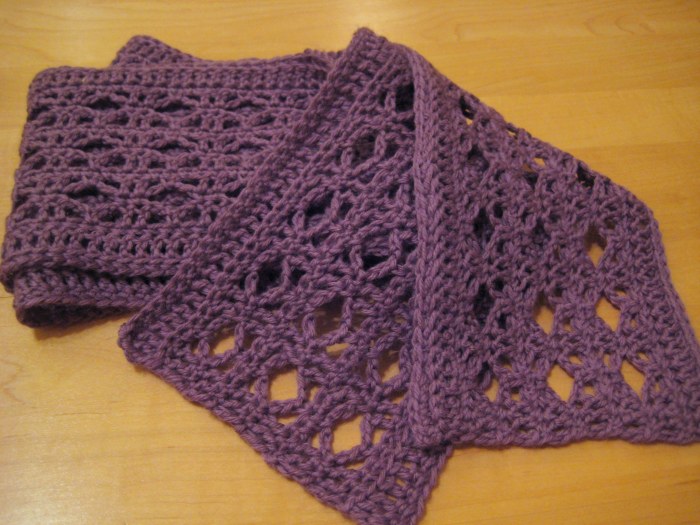 The heather coloured one is for my Nanny (who my shop is named after).  I used this diamond trails pattern, but made it longer and repeated the middle diamond rows a few times.  It took 2 skeins exactly of wendy merino dk wool (232m) when using a 5.5mm hook.  I really like it; it looked a lot better after blocking. 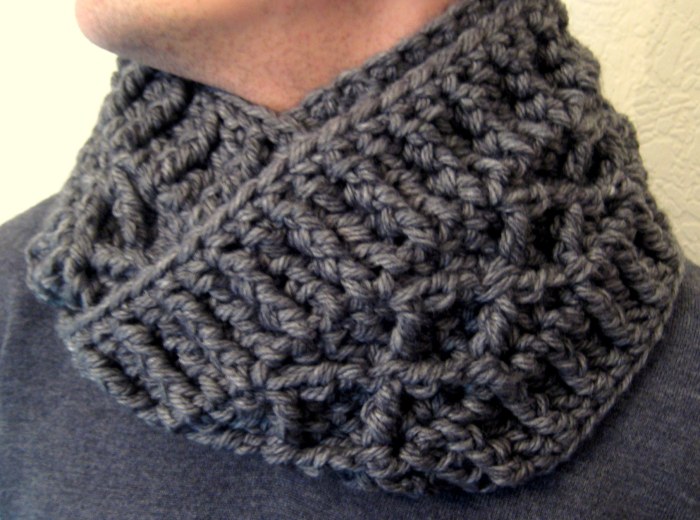 The chunky grey scarf started off being this pattern I mentioned previously in my zigzag scarf post.  But after one pattern repeat of the diamonds I realised that it ate wool and I didn’t have enough to make it wide enough.  So I modified it to just have diamonds down the middle.

Scroll down for pdf patterns! (US and UK notation) 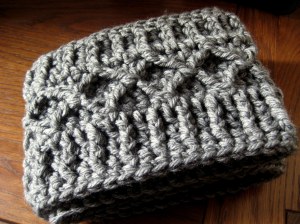 I used Wendy Serenity Super Chunky wool and a size 9mm hook (3 skeins – 240m).  This pattern made an infinity scarf long enough to double up around the neck.

This makes a V-shaped stitch in front of the work with the two arms of the V being worked around the posts of sc stitches 2 rows below.  All the V’s worked side by side make a zigzag pattern (one half of the diamond pattern).

Work the first fptrc2tog as follows:

The remaining fptrc2tog stitches of round 2 are worked the same but with the first arm of the V worked around the same post as the last arm of the previous stitch.

After round 2 the fptrc2tog stitch is worked around the top of the previous fptr2tog stitches rather than the sc posts.

Yarn over. Insert the hook horizontally from the front of the work behind the post of the stitch in the row below, and back to the front on the other side. Complete the double crochet as usual.  (Useful video here.)

Fsc 76 (or multiple of 4).  Join with a sl-st into first st being careful not to twist the chain. (When weaving in ends you can use the tail to join the chain sts together for a seamless look).

Row 6: Ch2 (counts as dc), *fpdc, dc, repeat from * around finishing with a fpdc and join with a sl-st into the first st.

Row 7-8: Repeat row 6 working the fpdc’s around the fpdc’s of the row below.

Row 9: Ch1, sc around, finish with and invisible join.  Fasten off and weave in all ends.

Block as desired (I didn’t bother!) 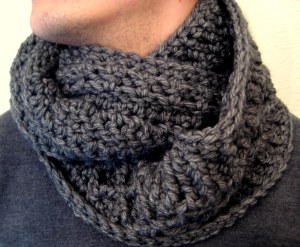 Big thanks to my handsome hubby for modelling this one :) 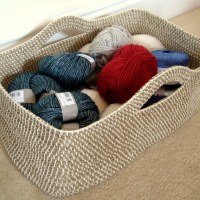 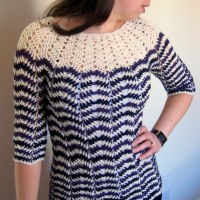 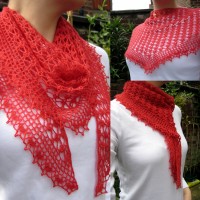 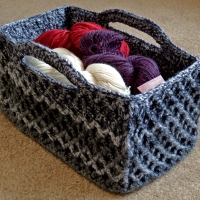 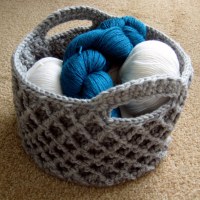 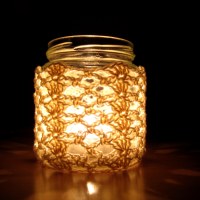 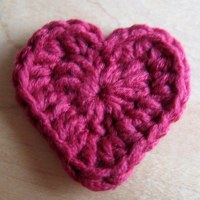 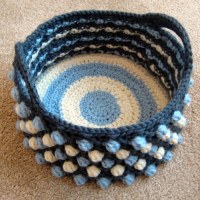 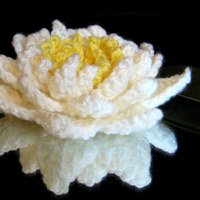 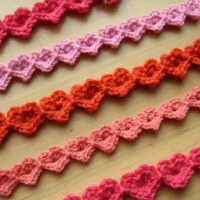 My Nanny's 90th birthday is today! She taught me how to knit, sew and bake. Here she is reading the book on Tunisian crochet which I got her for her (along with a set of hooks). She asked if she could skip the big party and stay at home and start learning how to do Tunisian instead. It's almost like we are related 😃 #crochet #tunisiancrochet #learning #90thbirthday #nevertooold #trysomethingnew #crochetersofinstagram #cake #family
Yarn dying course with @debbietomkies 😍😍😍 #yarn #colours #yarndying #learning
Crochet in cars - can you tell what it is yet? #crochet #crochetersofinstagram #roadtrip #mysteryproject
My Tweets